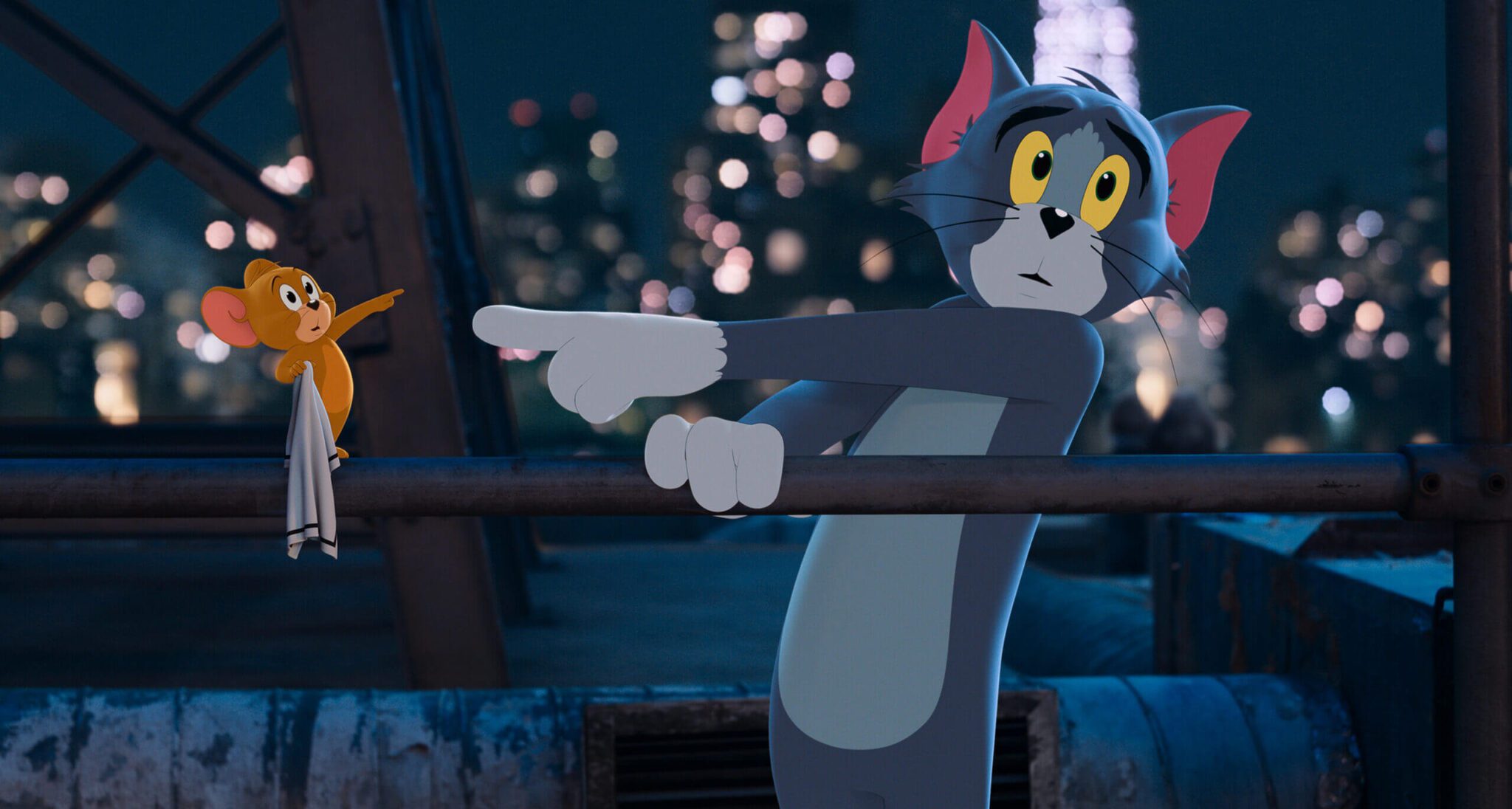 I must admit I haven’t watched Tom & Jerry in many years. But as a child it was a staple in our household. Half the time you never knew when it would be on. Episodes would just be squeezed in before a film or added as light entertainment as part of another show. So I was surprised to hear that Tom & Jerry The Movie was even a thing in 2021.

From my memory Tom and Jerry has almost always been fully animated but for this film the producers have mixed the animation with live action. Just like in Who Framed Roger Rabbit and Space Jam. The die hard Tom and Jerry fans might not like this but let’s weigh up the pros and cons before we make any decisions.

For this adventure the best of enemies are at each other throats as usual. Jerry is living in a hotel, and as you may expect is not the most highly desired guest. Especially with a gourmet restaurant on the premises. And who’s brought in to deal with the matter? None other than his arch enemy Tom. No surprises there then, but as the story unfolds the pair must work together to get what they both desire.

It’s not the most inventive of stories but it is good seeing some of the classic battles re-inacted in a new setting. The main difference here is that we have human characters interacting with our 2 animated stars. Chloë Grace Moretz (Kick Ass) plays Kayla and Michael Peña (Ant-Man, End of watch) plays hotel staffer Terence.

It’s great that these 2 characters are still pulling in audiences 80 years after they were created. The slapstick comedy is still funny even now and had my kids (13 and 11) laughing out loud in some of the scenes. The story however, is weak and never really pulled me in. And the mixed live action made things just a little too cheesy.

That said though, a few of the scenes were brilliantly done and true to the original cartoons. Scenes of total mayhem. Fast paced, action packed and very funny. I could have done with more of these but sustaining that for an hour and a half is a tall ask.

Overall, it’s worth it for the kids but it’s not a patch on your memories of Tom & Jerry.

If you have any thoughts/views on this Tom & Jerry The Movie review or the film itself, please feel free to leave them in the comments section below. Or come and tell us what you thought at one of our Dad Chats.