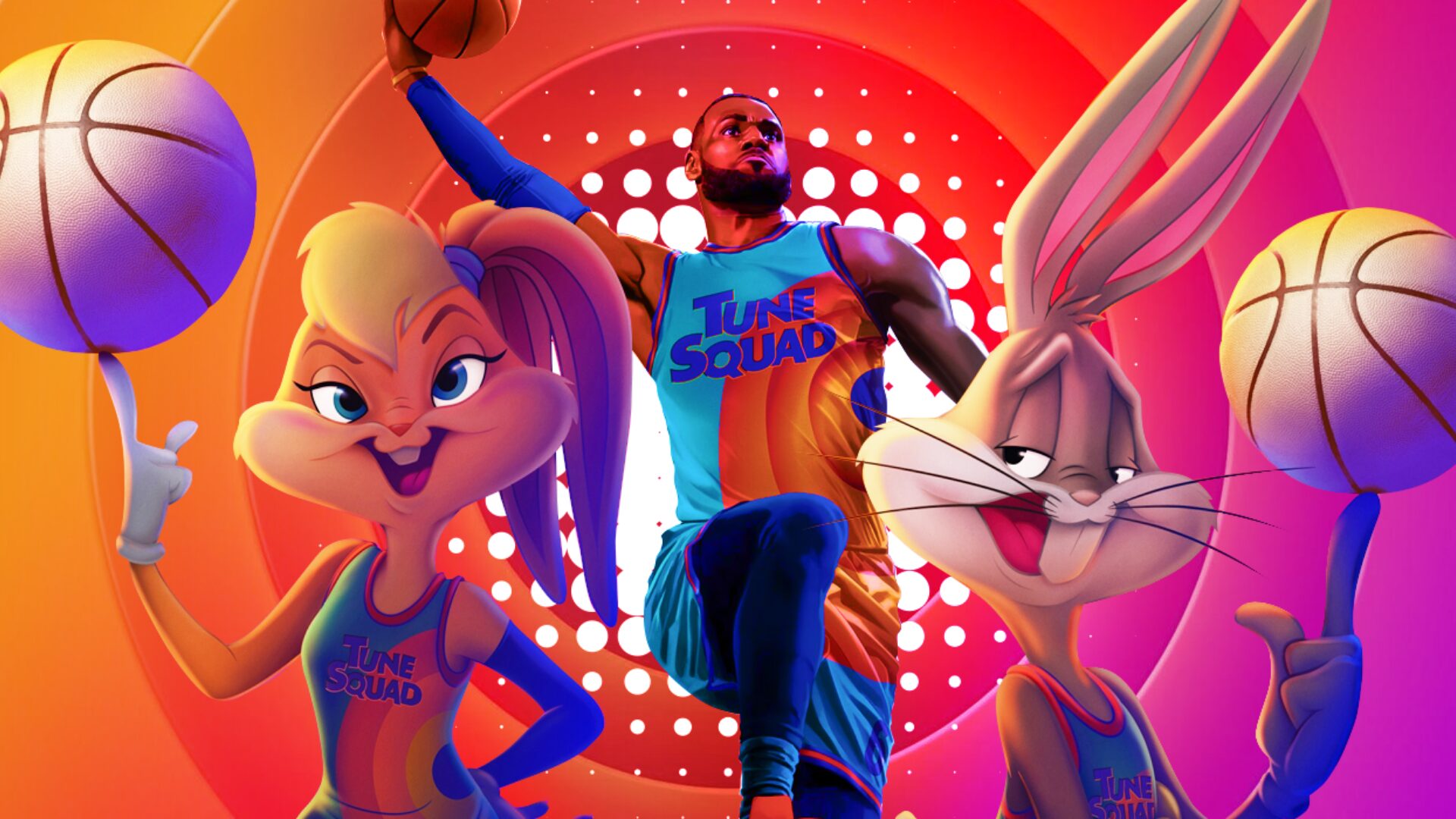 The original Space Jam was not the best movie but the icon that Michael Jordan was and is, meant that most of us let 1 or 2 of the more cringey moments slide . This is why there was never a sequel, and why it’s not on the list of films Dads can’t wait to show their 10 month old babies. However here we are 25 years later and the winning formula of sporting icon meets Warner Bros animation icons is being revived to create Space Jam: A New Legacy. The question is will it hold its own against the original.

Bugs Bunny and the Looney Tunes are back for another adventure, and this time it’s Basketball star Lebron James who’s along for the ride. When Lebron’s son Dom is lured into the serververse (a digital ‘Ready Player One’ styled universe), the only way to get him back home safely is to beat the A.I. that rules this strange place in a game of basketball . Of course that’s easier said that done. Especially when said A.I. (Don Cheadle) can change the rules as and when he sees fit. Throw in some classic Tune jokes and gags and you have a recipe for a fun filled movie thats promises some twists along the way.

First off we have the special effects, they are on a different level. The opening scene of the film is a mix of animation and effects that excites and lets you know that you are about to be dazzled. It also sets a bit of back story for those who’ve been under a rock and don’t know who our leading man Lebron James is.

The second difference is in the emotional content. Plunging a family to the heart of the story makes for more of a connection with the viewer. There are some great moments and messages for families and above all dads. Which we love here at Dadvengers. If you have a father figure who’s forgotten how to have fun this film may jog his memory.

The big difference though, is Warner Bros have really gone to town and are cleverly using the movie to also remind us of the other huge franchises in their arsenal. The serververse is packed with different worlds. Including Harry Potter world, Game of Thrones world, and a Mad Max world. The film is also littered with so many references to pop culture and films that you won’t catch all of them. Our personal faves were the ‘Matrix’ scene, the Dave Chapelle ‘game blouses’ reference, and the Porky Pig rap battle.

All of the family enjoyed it which is saying something when you have varying ages and tastes. It had all of us laughing out loud for different reasons which is testament to how wide they have cast the comedy nets. In addition there is way more emotional substance compared to the first film. The morals of family togetherness, support and individuality were prevalent throughout.

Add that to the fact that the animation and effects were amazing, and I’d have to say that this film is hands down better than the first. But let’s not get it twisted, the jury is still out on who’s the GOAT when it comes to basketball. The mere presence of Jordan in the film is a hairs prick up moment. ‘His Airness’ still has the power of presence.

This is a definite must see for all the family and I’m 90% Dad won’t drop off in this one.

How would you like to win a Space Jam: A New Legacy goodie bag containing a kids activity book and special edition water bottle? All you need to do to be in with a chance is complete the tasks below. Read carefully as all the tasks listed must be completed to stand the best chance of winning.

Competition closes Sunday 25th July 2021 at 11:59pm. There are only 2 goodie bags up for grabs, so make sure you complete the tasks properly. For full terms and conditions please follow this link.

Do you have any thoughts on this Space Jam 2 review or the film itself. Please feel free to leave them in the comments below. Or come and tell us what you thought at one of our Dad Chats.