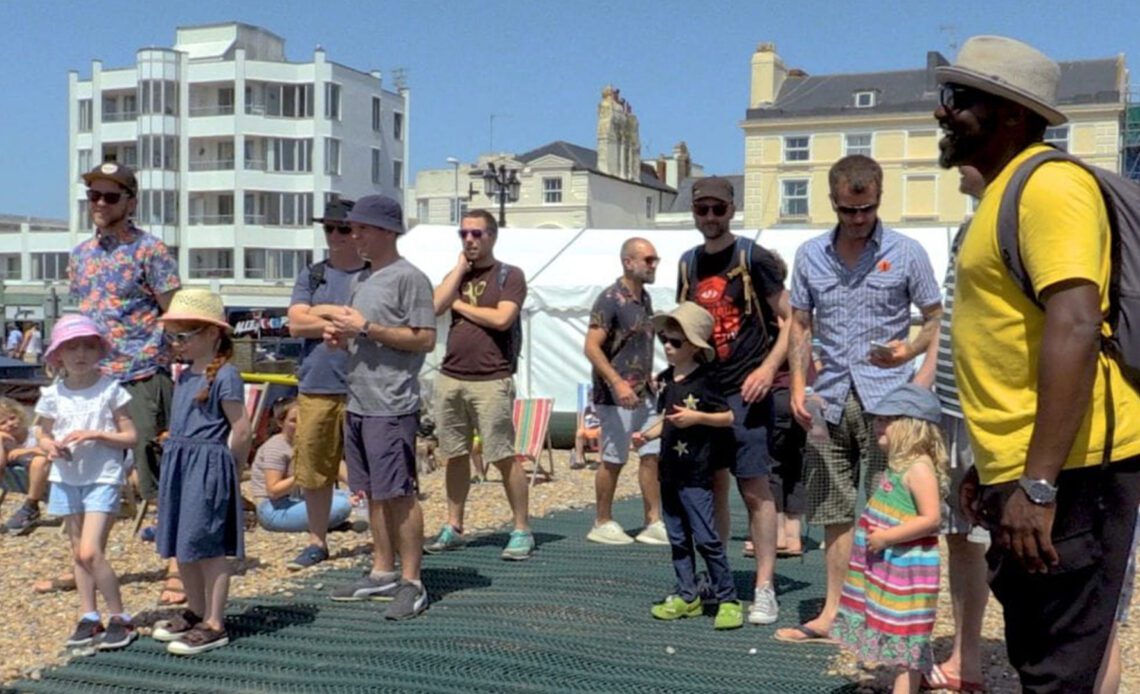 What is Dad La Soul?

Earlier this summer, while doing some research into my Dadvengers Initiative, I stumbled across an article. It was about a dad who started a parenting group to stop dads being lonely. Dad La Soul is nearly 2 years old now and is specifically aimed at Dads, Step Dads, Grandads, male carers and their children. The group currently meets once a month in Worthing and also in Hurst Pier Point with a new group starting in Brighton next month. The lovely thing about it is that each month a local dad leads a workshop that the rest of the group take part in. These workshops can be in anything from Dj’ing to Robot building to film making and draw upon skills that local dads have acquired over the years.

So to really find out what the group was like I decided to attend with my daughter and get a feel for what their ethos is. While there I managed to talk to the groups founder Dan Flanagan who is very passionate about helping dads. We spoke about all aspects of the group and how it’s helping combat the lack of support for hands on dads.

When his son was about 3 years old, Dan realised that due to working in the corporate sector he wasn’t spending much time with his family. He’d be up and out early in the morning and back with only minutes left to enjoy with his son. So he decide to leave his job and set up Tot Rockin Beats an intergenerational afternoon rave. This was a great success and out of it was born Dad La Soul. The aim being to help dads remember how to play with their kids. And subsequently, create a network of dads through groups that meet on a regular basis.

A challenge to no believers…

I must say it’s refreshing to see dads really getting involved with this group. It highlights how much dads want and need groups like this. Of course there will be people out there who think it’s not for them but Dan challenges those non believers to attend a Dad La soul event. And to be fair, I think they would be pleasantly surprised. On the day I went we did a silent disco beach clean followed by a seaweed tasting festival. All on a beautiful summer’s day at Worthing beach.

To hear more of what Dan had to say and find out what he thinks is the hardest part about being a dad in 2019, check out the video below:-

I think dads groups are a great idea and there is definitely a need for more of them. Which is why I’m going to look into starting a Dadvengers one in London over the next few months. As well as that, I’m also going to dedicate a page on my website to promoting dads groups that have been established all over the UK. So if you know of one please get in touch or leave a comment in the section below.

Do you go to a dads group? Write your thoughts, experiences, and questions.

It’s important that we hear from those of you out there living it. Are you a dad that attends a dads group? If so what’s it like? Can you recommend a good dads group in the UK? Would a dads group appeal to you?

Please leave your comments in the section below and share this post with other parents, the more the merrier. And remember, mums you are an integral part of this. We can’t improve things for dads and help make changes without you. So please, please, help even if it’s just sharing a post or making a suggestion.

Look forward to hearing from you