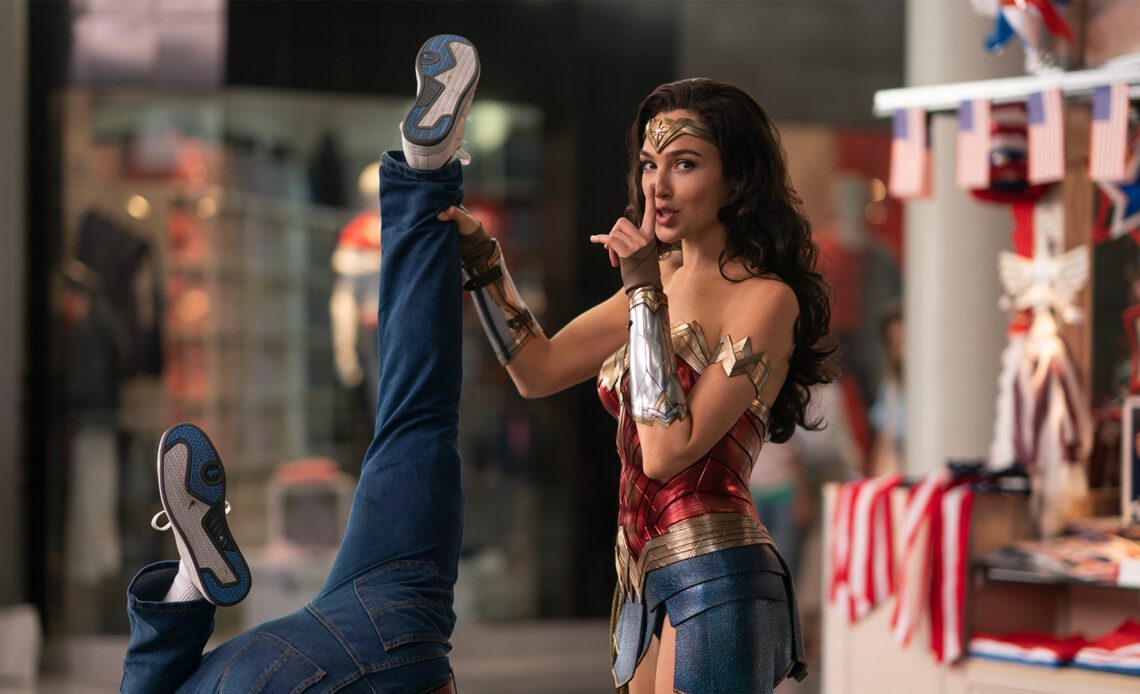 Not many films have made it into cinema’s this year which is why we jumped at the chance to do a Wonder Woman 1984 review. DC have been under pressure to re-ignite the fans passion for the movie franchise after a one or two below average performances in recent years. With Wonder Woman being one of the most popular characters of the last 5 years it’s an obvious place to start rebuilding confidence.

Where do we start?

The opening scene of the film is awesome! We revisit the time when the Amazons ruled Themyscira. A time when they competed against each other to discover who the best warriors were. Here we see a young Diana (Wonder Woman) competing with her elders. One of the best things about this scene is the way it brings back the core values of the first film to remind us what to expect this time round. Values like female empowerment, alongside patience, diligence and sacrifice.

That’s right, fast forward a few hundred years and it’s 1984. We are reminded of the distinctiveness of the 80’s. The cars, the outfits, the furniture, the food. For those who lived through it will be a blast from the past, and for those who didn’t… yes we did actually dress like that. Here is where the real story begins and we are introduced to the stories main characters. The role of Diana aka Wonder Woman is reprised by the stunning Gal Gadot. Barbara Minerva played by Kristen Wigg is a likeable character that takes Wigg into unseen territories acting wise. And Pedro Pascal from recent Mandalorian fame plays a conflicted Maxwell Lord. Both do well in the roles and along with Gadot create a very strong trio of protagonists who suck you into the story.

There were one or two places I caught myself wondering about the believability of certain aspects of the action and also convenience of the plot. You can say this about any superhero film though and it didn’t massively affect my enjoyment. What saved these moments was the overall message especially after a year like the one we’ve had. Is was one that reminds us to cherish what we have and it surfaces throughout the film. One of the most poignant nods towards this, was the relationship between Maxwell Lord and his son. And you know we love a little father and child moment at Dadvengers. So this was right us our street.

It’s a fun action film that the girls will enjoy too. Who doesn’t enjoy seeing a kick ass woman save the world. Especially one as attractive as Gal Gadot. Yes you have to suspend your belief here and there, but this is a superhero movie. What were you expecting? Yes there are a couple of plot holes but nothing thats gonna stop your enjoyment of the movie. Essentially it does what is says on the tin with a couple of unexpected surprises along the way. One being a message that is approached from both a parent position as well as one of human existence. One that says be careful what you wish for!

If you have any thoughts/views on this Wonder Woman 1984 review or the film itself, please feel free to leave them in the comments section below. Or come and tell us what you thought at one of our Dad Chats.