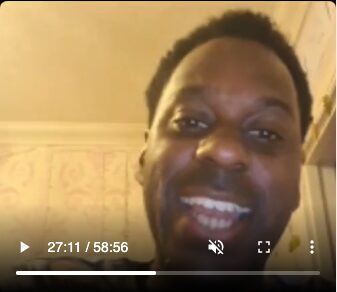 Dad Chats - Elliot Rae
All about the parentsDad Chats LiveParenting

Dad Chats Live –  This week we talked with Elliott Rae from @mff about their new book DAD. A collection of 20 stories of fatherhood from 20 real dads who are living it every day. It’s a much needed book that will hopefully help to change the narrative for modern day fathers.

Elliott chatted to us about how the DAD book came about – the stories he heard from the different dads, and how he crowdfunded the project after it was turned down. We also talk about Elliott’s experience of becoming a father, and how his daughter was unwell after her birth. This led Elliott to suffer PTSD, and he realised there wasn’t enough support for dads to talk about their experiences.

Elliott then created MFF – Music, Football, Fatherhood, which started as a blog, and has grown into a support network for dads.
Another week with a brilliant Friday night chat!

This important book is groundbreaking. It is bringing together a group of men to speak openly about their challenges and successes in parenting. But getting it published wasn’t easy. Elliott was turned down by different publishing houses. And in the end set about to raise the funds to self publish.

Plus Elliott also joined us on the Dadvengers Podcast where he talked about growing up in London with his parents who had emigrated from the Caribbean. You’ll hear how his how his dad was a strict parent, but he was also fair and supportive! Elliott also opened up about the difficult birth of his daughter and first few months of his daughters life. From being in hospital to a life threatening allergic reaction at just a few months old. All this had a massive impact on Elliott’s parenting journey, and also led to his starting the Music Football Fatherhood.