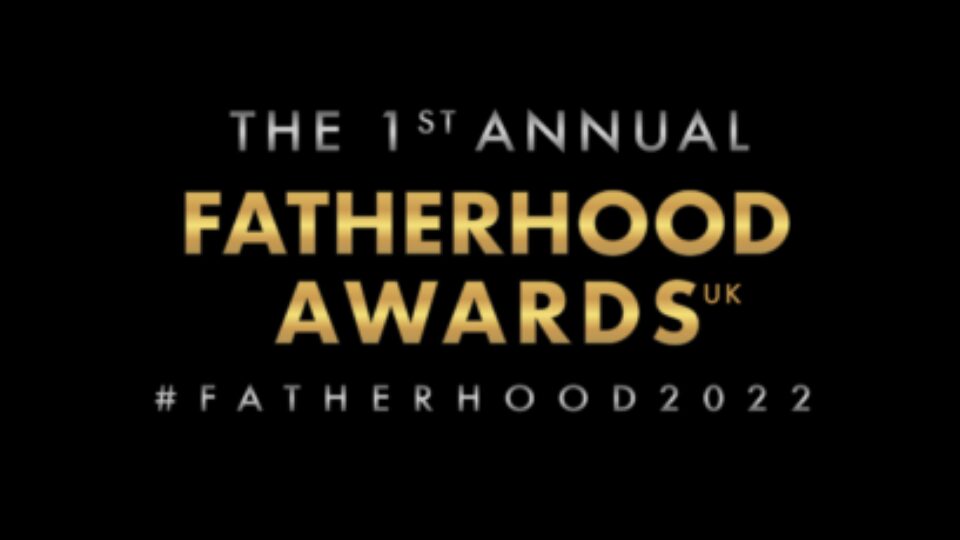 Why It’s Important To Celebrate Fathers – The Fatherhood Awards 2022

Fatherhood is a concept that has been around since the beginning of time. It has existed alongside motherhood but never seen in the same way. We simply don’t do enough to celebrate fathers. There are motherhood awards all around the world – which is great! But who shouts about the fathers doing amazing things? Don’t we deserve to be celebrated too?

That’s what I asked myself as I looked around and saw so many great dads. All doing great things, and none of them getting any recognition for it. None of the nominees work so hard to get awards, but shouldn’t we celebrate them? Don’t fathers who are making the fatherhood space a better place deserve celebrating too?

The Fatherhood Awards UK is the first of it’s kind. A set of awards to celebrate fathers, and as one of the founders – I want to tell you all about it!

It Started At A Young Age…

I remember when I was young I wanted men I could look up to around me. I had great men around me; brothers, friends, cousins, uncles etc, I would look at my friend’s relationships with their fathers and see the beaming smiles on their faces. The deep admiration they had for this strong male in their lives. I remember feeling this gap in my life and having a sadness about it. As a young man I would look to fill this gap with the expectations society (and my own family) put on me to be a ‘man’. From a young age I was trying to be “the man of the house” – whatever that really meant!

The only person that typified anything like this was my grandfather and he made fatherhood look easy. He not only looked after his own family (which was made up of seven daughters and one son), but when his brother died my grandfather took on looking after his family too. Their family home was always full of food and laughter. However not once did this seem like an extraordinary feat until I myself 7 years ago became a father.

What Does Fatherhood Mean?

Becoming a father made me realise that I had no clue about fatherhood. I had to make it up as I go along, because no one has shown or told me what to expect. It’s a role that is seldom talked about and when it is, the narrative is painted in that stereotypical “strong, provider” type.

I was confronted several times with my own idea of what fatherhood is. The image I had was the stereotypical father. The idea that the father is the head of the household. He needs to have his life together. That all he has to do is go to work and make money – provide for his family. The idea that being a father is the more simplistic of the parental roles, but no father figure around me around me emulated that idea.

I had so many questions! I was asking myself “Are all these fathers going through what I am going through? or do they have some kind of superpower I don’t know about?” I kept looking for the answer, and turned to the media. But the TV also painted fathers to be this patriarchal architype of a man. One that is cold, un-emotional and was only there to provide financially. Apart from Uncle Phil!

I wanted to be Uncle Phil.

What Fatherhood Really Is!

Then it dawned on me, fatherhood is one of the cornerstones to any society. Fatherhood is so much more than just providing financially. It is providing emotionally, being there for our children, showing them how to be a positive part of society. If you get it right you have a healthy society. But the cost of getting it wrong has untold consequences which can impact generations.

So whilst I had limited father figures to look up to I wanted to change that for other people. I really believe that if we make fatherhood more visible for young men and boys, if we celebrate the fathers who are doing the work they need to be doing and above in their many guises, and still being present and good fathers then we will build a society of men who will not fear fatherhood but will see it as an achievement to be celebrated when done right. Being a father is a journey that forms part of a character that is a superpower in most men.

Celebrate Fathers with the Fatherhood Awards

And so an idea was born…

What better way to celebrate fathers than with a dedicated Fatherhood Awards? A set of awards that shines a spotlight on amazing fathers, doing amazing things. An evening to celebrate the great dads among us. We started discussing what the awards should look like, and what exactly we wanted to celebrate.

We wanted these awards to be nominated and voted for by the people the dads help… you! So we started an Instagram page and asked for nominations in a set of categories. Those categories are:

We were overwhelmed with the amount of nominations we received! It was off to a great start!

After the nomination phase, we had our list of finalists. And what a great list they are! The nominees are varied, and span a wide variety of the fatherhood space. Dadvengers are nominated in 2 categories and you can vote for your winners now.

A Night To Celebrate Fathers With The Nominees.

With voting going on, we are planning the party! On the 18th June 2022, the first ever Fatherhood Awards will be held in London. The nominees are all invited, with their family, friends and teams. We are going to have a great night handing out awards and having a party! The award ceremony will be a fantastic opportunity for the best of the best to gather in one place. We are sure these amazing fathers will be sharing knowledge and making connections that will help make the fatherhood space even better.

And it won’t stop here! We are going to make this an annual event. An evening every year for the best of the fatherhood world to come together and shout about what they’re doing. To celebrate fathers of all walks of life, and shine a spotlight on the role models we want our children to look up to and learn from. The men making fatherhood realistic and hands on. Shaping the next generation of fathers to create a healthy and positive society for generations to come.

Hear More About The Awards.

Donald joined Nigel on Dad Chats to talk more about the awards.

Nigel and Donald chatted all about why we need the awards, the categories up for grabs, and the party there will be on the night!

It was an unmissable chat – click on the photo to listen in!

Here at Dadvengers we love celebrating fathers! From our Podcast, to Dad Chats, and Dad Walks – we aim to shine a spotlight on fatherhood all year round. Check out more of our content across the site – and let us know if there is something you want to know more about!